How can we help you today?

Why am I being charged this fee when buying or selling? 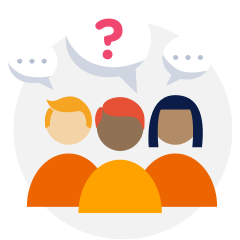 The first thing to understand is the difference between using the exchange and the instant buy and sell options. There are different fees for both.

How do I know which one I’m using?

If you were a maker, then you were charged a maker fee (which ranges between 0% and 0.25% depending on your trading tier and region). It is possible that your order is partially filled immediately, and in a case like this, you could be a maker and a taker. This depends on the available liquidity at the price at which you want to buy or sell.

Remember, being a maker or a taker does not depend on whether you’re buying or selling, but rather, on whether your order is filled immediately or not.

If you were a taker, then your trade would have gone through immediately and a taker fee would have been charged on that trade - depending in which market and country you are making the trade.

Find out what the maker and taker fees are based on your fee tier here.
Similarly, the maker/taker fees also apply to sell orders. Find out more about how fees are determined on the Luno Exchange.

Did you find it helpful? Yes No

Send feedback
Sorry we couldn't be helpful. Help us improve this article with your feedback.